Queen Emma - The Best Library Cat in All the Land 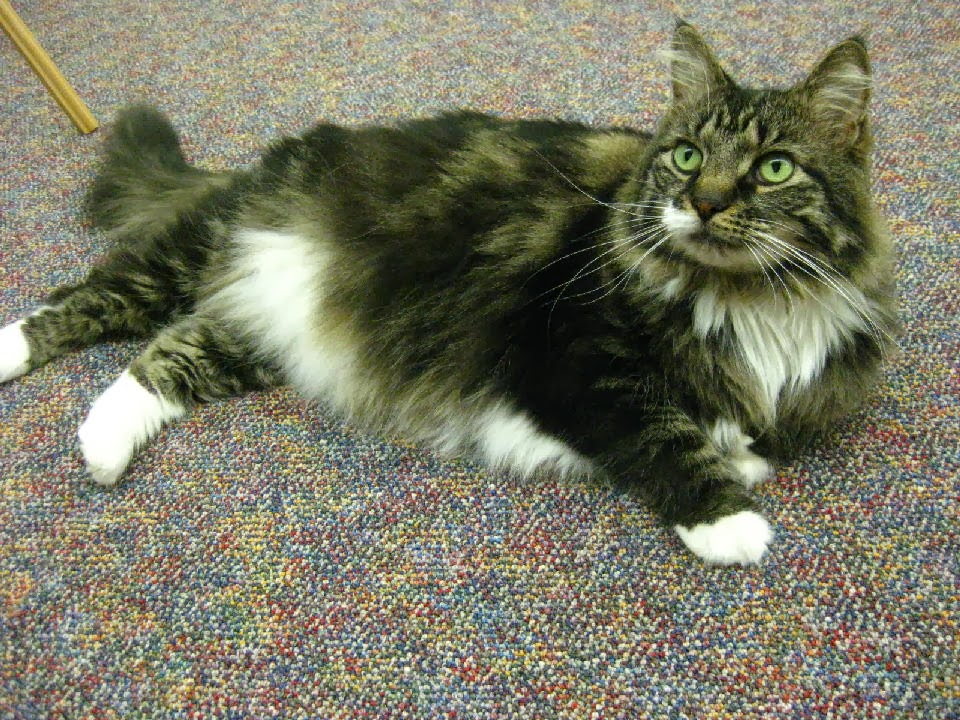 Walking into the library in the morning is really hard these days. Leaving is even harder.  Every morning for the past 11 years Emma came to greet us with her little Maine Coon chirpy meow as we arrived at work. Every night before we left I would seek her out (often much to the annoyance of staff members who were waiting for me so we could all leave together) pet her, tell her that I loved her and I would see her tomorrow. Now she is gone. We all knew the day would come sooner or later, but we were really hoping for later. I know it will get easier over time, and at some point there may be another library cat in our future. I think Emma would approve of that as she was always tweeting about all the cats that need homes and urging people to adopt. (Yes, Emma had a Twitter account. More about that later.)  But for now the library feels empty. And quiet. And sad.

Emma was 15, and she was with us for 11 years. We had put out the word to local animal shelters that we were looking for a cat that was friendly and might thrive in a library. Someone from the Valley Shore Animal Welfare League in Westbrook called and said she thought they had the perfect cat for us. When Emma walked into the Library on February 11, 2003, it was supposed to be on a trial basis. We didn't know if having a cat in the Library would work or how our patrons would react. But almost immediately it was clear that she had found her home. It felt like she knew this was where she was supposed to be, and for the staff and patrons, the library suddenly became a warmer, homier place. Emma was more than just a library cat. She was our comfort when we were sad or stressed. She was a bridge to breaking the ice with strangers. She was our public relations ambassador. And she was famous!

She had several names.  Her name when she came to us was Nina, and I mostly continued to call her that out of habit.  The Library had a contest to find a new name for her, and our patrons chose Emma.  One of our staff members came up with Emmanina. Though her official name became Emma, (she preferred Queen Emma because everyone knew she was in charge) she didn’t really seem to care what name we used as long as she had a healthy supply of food, treats, toys, hugs, and scratches.

Most days she would drape herself over my computer keyboard as I worked or snuggle against my back in my chair. Often, if I got up, she would spread out on the chair, and when I came back, she wouldn’t budge.  I usually ended up perched on the end of my chair hoping I wouldn’t fall off.  She also loved the stool at the circulation desk.  The staff would often have to stand because Emma claimed the stool. And she really loved her dog bed.  Yes, dog bed!  One holiday season, the Library was collecting pet supplies to donate to an animal shelter.  Someone donated a large dog bed, and Emma just took possession of it. She loved it so much, we had to ask the people who donated it, if they would mind if we kept it for Emma and replaced it with another donation. They loved her, too, so of course she got to keep it, and she used it until the end.

She brought so much joy.  A bad day could turn around just by spending a few minutes sitting with her.  Children’s faces would light up when they walked in and saw her, and patrons laughed with surprise and delight when she would jump on their laps as they were sitting and reading or working.  In the middle of serious lectures or programs we would suddenly hear laughter only to see her chasing a toy, jumping between shelves or doing some acrobatic feat to entertain the audience. I was always amazed at how fast she could move, even as she got older.  As recently as a few months ago, she would zoom from one end of the building to another and all we would see was a blur zipping by.  I would always check to make sure she wasn’t annoying patrons who were trying to study or work, and the response was always “Oh no, we love it!”

Emma was the catalyst that sparked conversation with new patrons and made them feel welcome and comfortable.  They would ask about her and soon be conversing with the staff as if they’d known us for years.  She attracted visitors from all over the country. People who found her on the web would stop in just to see her as they were passing through Connecticut.  She had her own page on our web site, her own email address and a Twitter account.  She had Twitter followers from all over the world and as far away as India.  She was the subject of a presentation at the Connecticut Library Association Conference in 2006, was featured in Cat Fancy Magazine in 2010, had a chapter written about her in a book about working cats of New England, was the subject of a radio interview on Canadian Public Radio, and was chosen as Library Journal's very first Library Cat of the Month in June 2013.

But it wasn’t her fame that made her so special.  It was her sweet, gentle nature, her companionship, her ability to bring out the best in all of us.  There have been and still are other library cats. Though some might argue with the title of this piece, she was our queen, and for us, Emma was and always will be the best library cat in all the land.

At the end of January, we found out she had cancer.  She fought the good fight, but on February 27, it became clear that she didn’t have the strength to fight anymore. We are grateful that we had some time for all the people who loved her to say good-bye.  We plan to have a small memorial to Emma on the grounds of the new library when it is complete. 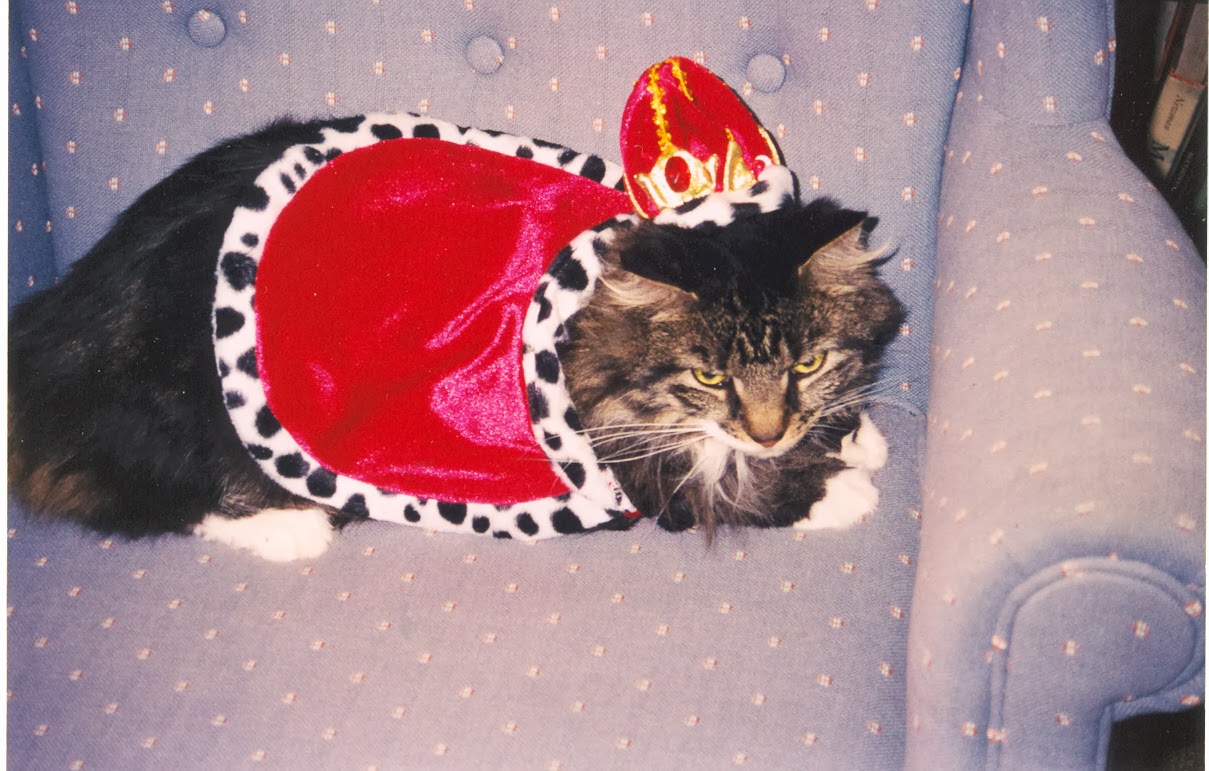